​In 1921, Bishop O’Dea returned to Bremerton to bless a new $40,000 building built at the corner of Sixth Street and Veneta Avenue.  A school was planned for the lower level.  In 1925, Father Camerman and three parishioners traveled to the Domincan Motherhouse in Everett to plead for Sisters to teach in the new school.

On the first Friday of September, 1926, three Sisters from St. Dominic Convent arrived in Bremerton to open a school. They expected between sixty and seventy-five students, but, on the morning or the 8th of September, they greeted 110 pupils in the first six grades.

Enrollment grew steadily and seventh and eighth grades were added. By 1944, twelve Sisters taught Our Lady Star of the Sea’s five hundred students. 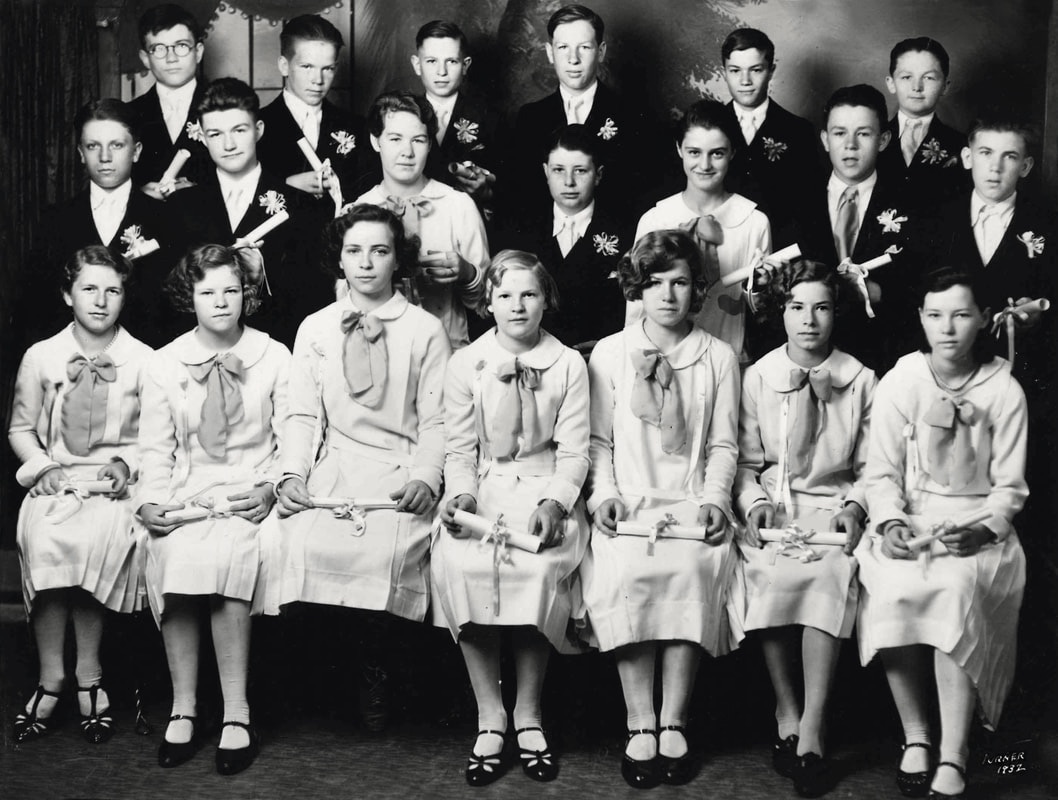 The Graduating Class of 1932
By 1982, Sister Amanda was the only Sister teaching at Star.  When she retired in June of 1994, the operation of the school passed completely to Catholic lay people. The present, award-winning school building opened in September 1997 incorporating doors, woodwork, statues and bricks salvaged from the original school.  Currently, one hundred and seventy students and a full and part-time staff of twenty-two learn and work in the modern and well-maintained facility.
In 2011 and in 2012, Our Lady Star of the Sea opened pre-school classes for three- and for four- year-olds. These classrooms have been full since opening. Twenty-seven pre-schoolers attend each year.
​
September 2017 saw the return of the Dominican Sisters (of Nashville) to our staff. We are grateful to have Sister Mariana, Sister Daniela, Sister Maria Caeli, and Sister Amata Christi as part of our staff.
"Catholic education is above all a question of communicating Christ, of helping to form Christ in the lives of others..."